Memory containers is an interactive new media performance and installation for interactive visualization of archival material. The interactive interface allows the establishment of new associations between phygital (physical/digital) elements and the articulation of plural narratives, through tangible and embodied interaction.

Archive images and contemporary footage are mapped on found objects and follow their movement, through a custom opensource real-time projection-mapping software. Thus, the users/performers can rearrange the objects and build physical structures, while they create new links between the digital images.

In Memory Containers project, physical and digital elements create a non-hierarchical network of nodes open to reflection. The juxtaposition of different temporalities allows participants to revisit history and reexamine its relation to the present.

The Memory containers project was developed during the Koumaria residency in 2014, organized by the Athens-based interdisciplinary arts collective ‘Medea Electronique’. The 2014 Koumaria residency focused on the theme of “improvisation and politics in collaboration with the local community”. Under this context, the resident artists spent ten days in an olive grove situated in the region of Sellasia, Greece. During that time, they had the opportunity to collaborate with the local community. The had also the chance to incorporate in their creative work images from the photographic archive of Sellasia, courtesy of Mr. Ioannis Kapetanakis.

Antonopoulou C. “Interacting with (hi)stories, through a new media art project”. In Proceedings of the 6th conference on Computation, Communication, Aesthetics and X (xCoAx 2018), Madrid, July 12-13, 2018.

An interactive real-time video mapping system has been developed for the needs of the project. The system uses a computer vision interface and augmented reality markers to detect the 3D position and rotation of physical objects. A video is attached to each marker and dynamically follows the movements of the object. The interactive system is described in the following video: 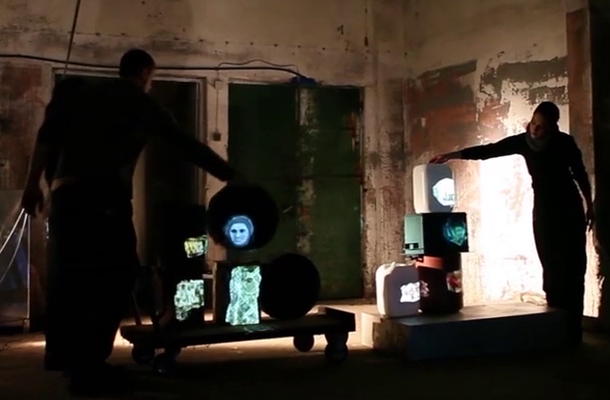 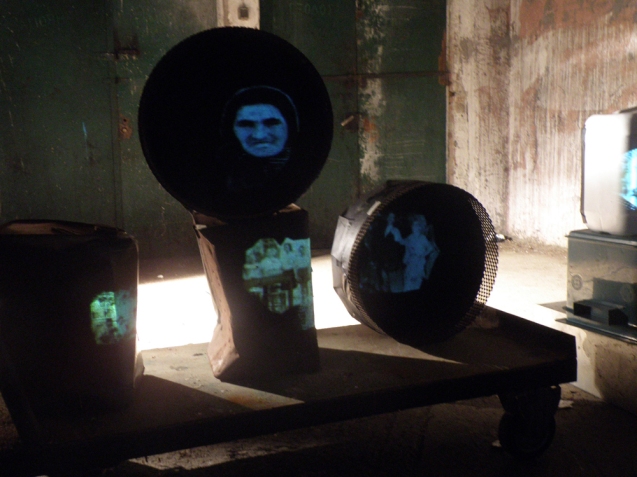 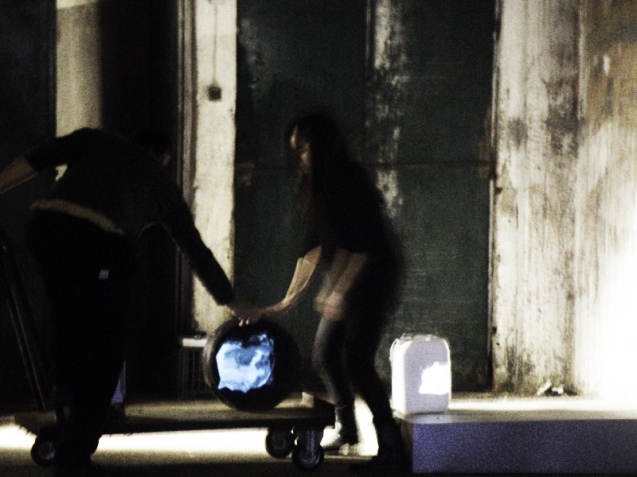 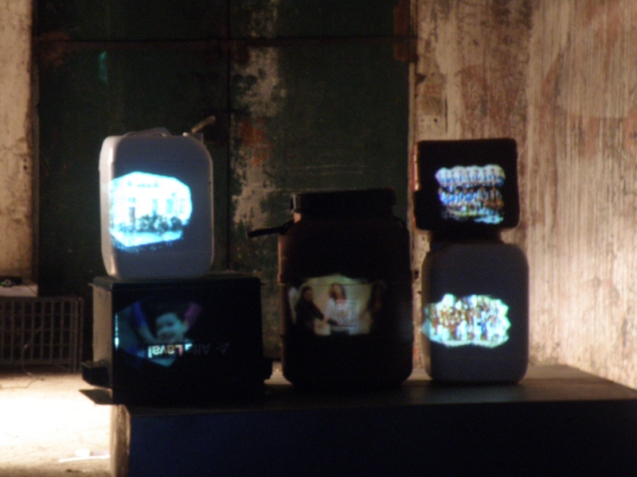 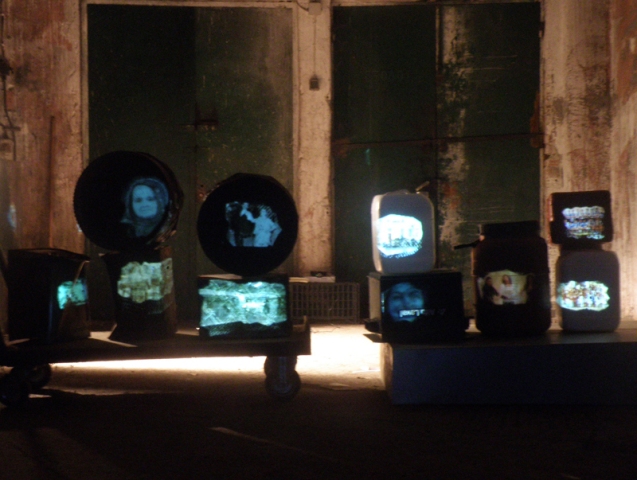